How volcanoes helped create modern Scotland: Crop famine that led to country signing up to the 1707 Acts of Union with England was caused by tropical eruptions thousands of miles away, scientists claim

By Luke Andrews For Mailonline

Crop failures that lead to Scotland signing up to the 1707 Acts of Union with England were caused by tropical volcanic eruptions thousands of miles away, scientists have claimed.

When the two lava-chambers blew their tops within three years of each other, first in 1693 and then a second in 1695, the Caledonian temperature dipped by about 1.56C across Caledonia.

The added cooling meant plants like wheat and barley did not grow properly, leading to a famine that killed up to 15 per cent of the country’s population.

Scientists came up with this perplexing theory after studying rings in ancient tree trunks that had become petrified after they fell into lakes and reservoirs. 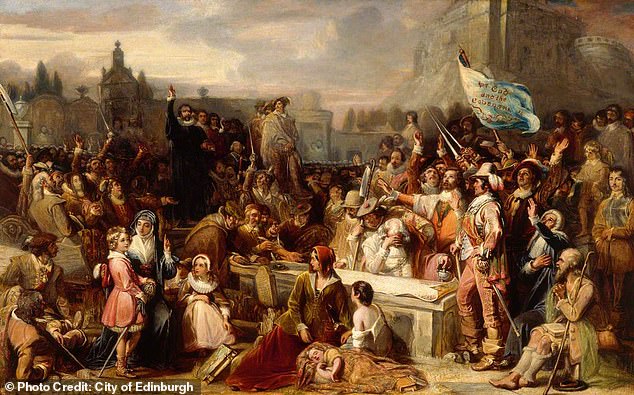 Scientists have suggested that Scotland decided to join England following a crop famine that wiped out 15 per cent of the population – caused by two tropical volcanic eruptions. (Pictured: The signing of the national covenant in Greyfriars, Edinburgh)

Volcanoes alter the earth’s climate by scattering ash and droplets of sulfuric acid into the atmosphere, which then spread around the globe.

These then reflect the sun’s radiation, making the planet cooler.

When scientists analysed the rings, which show how much a tree has grown in a year, they found a clear growth restriction throughout seven years during the 1690s.

Publishing their work in the Journal of Volcanology and Geothermal Research, Dr Rosanne D’Arrigo said this cooling combined with unsophisticated farming technology, government policy encouraging grain exports and the failure to set up a Scottish colony in Panama in 1698 all led to the parliament’s decision to join Great Britain.

However, he suggested that the most speculative link is that between the mid-1690s eruptions and political events that occurred a decade later. 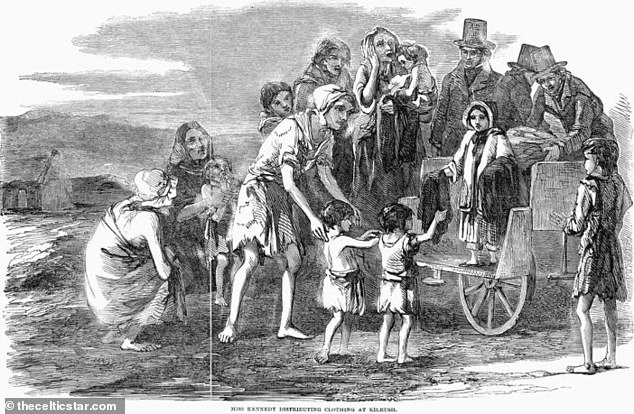 The volcanic eruptions caused the Caledonian temperature to dip by 1.56C, causing crops to fail. (Pictured: Starving families during the 1690s famine)